Review: His Dark Materials (Part I)

From the moment I stepped into the cool heart of the Keble O’Reilly Theatre and spotted the bench in the centre of the stage, I was nine years old again and closing the final book of Philip Pullman’s His Dark Materials trilogy. This stage adaptation of the novel opened at the end of the trilogy, with my heroes Lyra Belacqua and Will Parry doomed to re-enact annual ghostly meetings in Oxford’s Botanical Gardens. This restructuring felt immediately right, like some kind of balm on old wounds: the disruption of Pullman’s chronological structure was a perfect solution to the problem of having an audience who largely knew the story by heart. For those less acquainted with the story, His Dark Materials is a fantasy story set in the heart of the Oxford of another world, in which all people are accompanied by a physical realisation of their own soul in an animal form: a daemon. The novels follow Lyra on her adventures to the Arctic and beyond, while facing a strange prophecy that predicts her to be either the greatest ally or enemy of the Church. O’Reilly Theatre’s play is an adventurous undertaking to cover the events of the first half of the trilogy, covering both Lyra’s trip North and introducing her companion Will’s search for his father.

This willingness to re-order the events of the series was well balanced with the play’s adherence to the original story: the major scenes ran seamlessly into one another with little need to linger in the slower travelling scenes of Pullman’s novels. Coupled with the bold control of the actors, slicking their many characters on and off like skin-changers, the magical Oxford was alive from the moment Alexandra Sage strolled in and let loose Lyra’s fantastic accent. Sage’s portrayal of Lyra Belacqua felt less like acting than embodiment, as she captured the endless movements and ticks of a child’s energy whilst displaying the considerable range of emotions Lyra is faced with in her journey. Similarly, Thomas Lambert as Will Parry provided the perfect foil to Lyra’s slouchy, stubborn and boisterous nature. His relaxed-yet-firm grasp of his character carried the story’s transition from the magical Oxford into our own world convincingly.

Besides the exceptional acting from the protagonists, His Dark Materials was blessed with a dedicated costuming and props department. Though I was not fortunate enough to watch the famed National Theatre production of Pullman’s novels in 2004, the released photos of the daemons and panserbjørne were enough to dampen my enthusiasm over the show. Here, however, Kathryn Bennett and Rebecca Hannon’s props and costumes brought even the most difficult characters roaring to life; the combination of puppets and animal-heads, claws, and tails with their black-clad handlers brought the bestial characters of the story boldly into the stage, to the point that at times I found myself watching the daemons for clues about their human counterpart’s motivations. Emma Hewitt played both Hester and Stelmaria masterfully, Theodore Chevallier impressed with his committed workings with the Pantelaimon puppet, and James Soulsby captured Mrs Coulter’s terrifying golden monkey daemon both with the prop and his own body. 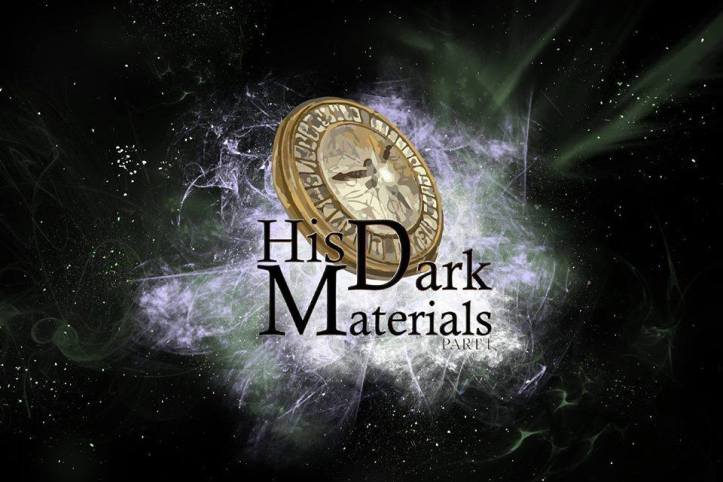 As a particular fan of Iorek Byrinson, I must commend Hamish Forbes for managing to emulate the mannerisms of a hulking polar bear with only the support of an army trench-coat and a prop for each hand. Daniel de Lisle’s similar performance of the rival panserbjørne Iofur Raknison was so enchanting and impressive that I almost forgot that I wasn’t rooting for him! The unflappable Serafina Pekkala (Nia Acquaye), Olly Jackson’s Lee Scoresby, and William Yeldham’s Lord Boreal may well have strolled out from the pages of the book. Yeldham particularly shone as the charming, selfish aristocratic Boreal (who I doubt anyone has ever before taken much notice of in Pullman’s novels). I was also delighted to find both Zoe Hare’s Mrs Lonsdale and Alexander McKenzie as Robert exactly as earthy and unpretentious as I’d always imagined them to be.

The relationship between the three characters Lyra, Lord Asriel, and Marisa Coulter was somewhat awkwardly presented for one of the pivotal themes of the play, with the complicated feelings Lyra held for her parents brushed over in favour of carrying the plot forwards. For example, rather than allowing time for Lyra to fall for the considerable charms Murphy brought through in her character, it was Lyra’s incentive to go North that carried her to live in London. Without this, the strength of the later scene where the two fight over the alethiometer bag could not have had the same depth that it deserved to for those who were unfamiliar with the story. Regardless, Murphy’s control over the warring facets of Coulter’s personality was both careful and convincing, to the point that I only remembered at the very end as the cast were bowing that the two actresses could not be far apart in age at all.

In fact, this contrast between the spheres of adult and children’s politics was consistently well implemented, often supported by the staging, such as the enactment of some of the adult conversations on a physically elevated level to demonstrate the exclusion of the children who had concluded their scene below. The lighting, too, was used strikingly. The very final scene proved to be one of my favourites, as its presentation was almost cinematic in smoothness and promise for the second part of the play, which should hopefully arise into misty Oxford some time next summer.

Truthfully, the sheer number of observations that I have yet to squeeze into this review ought to be the real testament to the stimulating response that this ambitious performance creates. In true style of Lord Asriel reaching beyond the limits of humanity, the cast and crew of the O’Reilly Theatre have gathered together all their daring in facing His Dark Materials. With only two nights remaining, I would urge anyone on the fence about this production to plunge right in and catch this play to witness the rewards of their ambition.

For further information about this production and to book tickets, please visit their website or Facebook page.