Review: ‘In Praise of Older Women’

I picked In Praise of Older Women (Stephen Vizinczey) off the shelf based upon the recommendations on the cover – it is hailed as ‘One of the great novels of the second half of the twentieth century’ (Harry Reid), in which ‘women appear as the sole refuge, the great consolation’ (Naim Kattan), ‘it is … for men who love women’ (Clarence Petersen). Written as the memoir of philosopher András Vajda and set in Hungary at the close of the Second World War, it was an immediate bestseller and sensation upon its publication in 1965. This edition, published by Penguin Modern Classics in 2010, presents it as a novel for the modern age, Jaromir Funke’s 1927 Nude glancing seductively from the cover. So, intrigued, and hopeful for profound insights into the nature of male and female relationships, I began to read.

The novel set off to a promising start – I immediately warmed to Vizinczey’s lucid, intimate writing style. He evokes 1940s Hungary with a charming clarity, and his descriptions of the young man’s sexual awakening are gloriously astute. András’s promising attitude towards women is laid out from page twelve, stating that ‘I’ve never met those she-devils you hear about: they must be too busy with those men who look upon women as fortresses they have to attack, lay waste and leave in ruins.’ 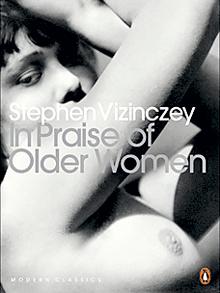 However, it soon becomes apparent that András is precisely that which he rallies against at the outset of the memoirs. He proves himself to be a rather despicable protagonist with highly questionable attitudes towards women. Despite his many claims to the contrary, his main problem with younger women seems not to be their dress or immaturity, but that he cannot entice them to sleep with him quite so easily as married or lonely women of more advanced years. His final documented conquest is told that ‘I got the worst of you … Here you are, a wise and beautiful woman, and I have to content myself with memories of a silly bitch at Lake Couchiching. It isn’t fair.’ Clearly András doesn’t seem to have learned much from his encounters, from the endless love and adoration that women have bestowed upon him. This gives the novel its bitter edge; András cannot see that his love of women is narcissistic, that he loves them for their ability to boost his esteem and for the size of their breasts, but still believes that he is above the teenage immaturity that defines him. This is not a man who loves women, but a man who loves himself.

The passages where Vizinczey talks about European and Hungarian history are easily the most poignant of the entire novel, and his portrayal of András’s nomadic existence bears some resemblance to Milan Kundera’s writing, using sex in an attempt to cement together a fragmented sense of identity. Ironically, these observations only throw into relief how period-specific the rest of the novel seems. Upon its initial publication the content of the novel itself would have shocked and provoked discussion, but in its reissue the main interest is Vizinczey’s prose, trapped within the body of an unloveable protagonist. I feel that this book is best enjoyed as a surviving fragment from the 1960s, despite Penguin’s new packaging.

You can read an excerpt from ‘In Praise of Older Women’ here. The Penguin edition is available from most bookstores, RRP £9.99.