Those who know about ROPE from the Hitchcock incarnation, but don’t know the text, will perhaps be expecting a sombre evening at the theatre. Patrick Hamilton‘s original play was based upon a real murder, the 1923 ‘Trial of the Century’, where teenage students Nathan Leopold and Richard Loeb stood trial for the kidnap and murder of fourteen-year-old Robert Franks. Leopold claimed that their act was an attempt at a ‘perfect murder’, making manifest Nietzsche’s concept of the übermensch, a specimen of human superior to the norm to whom traditional moralities cannot be applied. A tale of cold-blooded murder prompted and justified by intellectual ruthlessness (including a meal eaten off the chest in which a murder victim is stored) must surely make for rather a melancholic show? Set such preconceptions aside. Seated as we were round the edge of the Oxford Union President’s office, the small preview audience began to feel as if we were the guests at the lively party of Oxford undergraduates and members of the 1920s social elite that forms the majority of the play’s action. I hope this sense of intimacy moves with the production when it performs in its intended location elsewhere in the Union. Equally, the grander setting of the Macmillan Room could in fact amplify the sense of philosophical aspiration to the perfect crime espoused with such coolness by Brandon (Joe Prospero) and re-examined after the act by the perhaps less committed Granillo (Jonathan Purkiss).

This production’s firm grasp on the play’s at times Coward-esque style, particularly in such figures as Aleksander Cvetkovic’s authoritative yet absurd Sir Johnstone Kentley, gives it a confidence to find the light in the dark in a manner that makes for an entertaining as well as an engaging performance. The sense of an ensemble understanding exactly what kind of play they are in at any given moment, though their individual parts vary widely, is integral to this assurance.

That is not to say that the production is frothy. Much of the creation of a malevolent undercurrent is done for it by the mere fact of the body in the chest, perhaps the dramatic epitome of an elephant in the room, of which we are often reminded. But the flickers of fear and suspicion in the opening scenes of which the preview consisted gave me full confidence that the transition to explicit malevolence will be smoothly handled in the final production. This movement from innocence to suspicion, and finally to knowledge, finds its ultimate expression in the character of the relentlessly inquiring Rupert Cadell. Jared Fortune’s performance shows a confidence both with the nimbleness of the play’s satirical wit and with its burgeoning sense of unexpressed horror that will keep an audience thoroughly captivated as it watches a character discover what they already know.

This play presents special challenges in terms of the handling of mood, since the action it portrays occurs over a single evening. The directorial decision to run the three acts in which it is written into each other (i.e. without a blackout or interval that could provide a momentary pause) compounds this challenge. Though as director Susanna Quirke pointed out, having directed shows where the first half is the same length of Rope in its entirety gives you a more than adequate training for handling extended scenes.

Those of you expecting a re-hash of Hitchcock will, I’m glad to say, be disappointed. Instead, you will be paying new money for an older ROPE. 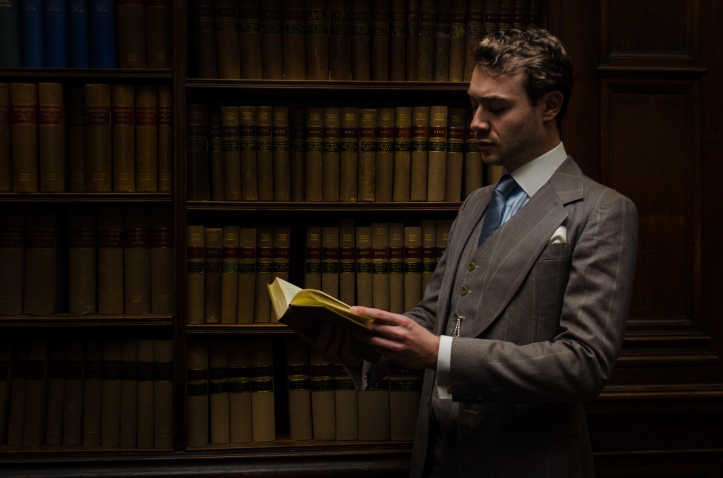 ROPE will be running at the Oxford Union from Monday 18th – Saturday 23rd February with late-night performances on Tuesday and Friday, tickets £10/£8. For more information and to reserve tickets please visit http://www.ropeoxford.co.uk/, or email ropeoxford@gmail.com. All photographs reproduced here ⓒ Dan Fox